If you are or anyone you know is a Disney fanatic, read on. For many Disney annual pass holders we are blocked from Disneyland for the next two weeks. There are also other families without a Disney pass.  However, we are all trying to figure out alternative ways to get our Disney magic fix.  So I created a list of events where you can still see some themed characters or experience a bit of Disney magic.

El Capitan Theatre (Hollywood) – I just finished watching Star Wars – The Rise of Skywalker at the El Capitan Theatre and it was amazing to experience the last of the saga here. The El Capitan provides audience members to experience Disney movies with a sprinkle of extra magic by providing performances or characters prior to the show. Star Wars: The Rise of Skywalker will be showing Dec 19th-Jan 12th, with a laser and light show, stormtrooper photo ops and a costume exhibit! The littles are allowed to dress up! And there are plenty of popcorn buckets, but my favorite one is by far their Millennium Falcon that you can’t get at the parks but you can get it here! 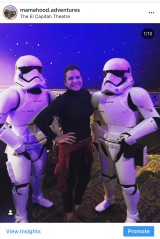 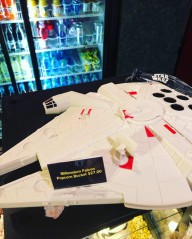 Disney on Ice (Across SoCal) – Mickey’s Search Party is a brand new immersive ice skating experience that brings the magic closer to fans than ever before that take place on the ice, in the air and in the seats, as performer athleticism mixes with acrobatic and aerial stunts to bring skating skills to new heights. Watch as some of our favorite characters such as Disney-Pixar’s Coco, Frozen, Moana, Beauty and the Beast, Aladdin, Toy Story and The Little Mermaid skate and provide a magical experience for us! Disney on Ice is going to be playing across SoCal to help make your traveling a little easier! Are you near L.A, Anaheim, Long Beach or Ontario? Disney on Ice will be available from December 12th – January 5th! Use code: mom20 for a 20% off discount.

Disney’s Frozen – Pantages Theatre (Hollywood) – Come and experience Frozen in a live Broadway theatre performance. This musical will sing your favorite hits, but also provide additional scores. There are special effects, beautiful scenes and that broadway feel. Intended for a general audience, they do suggest children over 6 years old, everyone must have a ticket. The show will run for 2 hours and 10 minutes with an intermission. The musical will be performing until Febuary 2nd! You may enter a lottery for tickets that will be available for $25 each, check this link to enter! 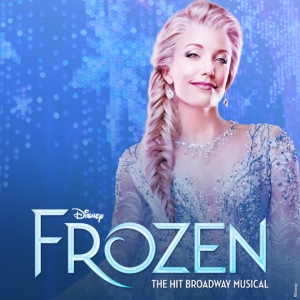 The Lion Guard Exhibit – Discovery Cube LA (Sylmar) – Discovery Cube Los Angeles is giving museum guests the opportunity to explore the rolling African Savanna landscape through its upcoming exhibit, The Lion Guard: The Exhibit, the first museum exhibit based on Disney Junior’s hit series, “The Lion Guard.” The one-of-a-kind exhibit will be open from now until January 5th, 2020. Through hands-on activities and interactive and imaginative play, the exhibit takes guests on an adventure in which they’ll help protect the Circle of Life, train in the Lion Guard’s secret lair, explore the power of teamwork, go on special missions, and learn about the African Savanna and the animals that live there.  Created for kids age 2-7 and their families, it is designed to communicate positive lessons about teamwork, community, and diversity.

PJ Mask Live (Thousand Oaks, December 27th, and San Diego, December 29th): Experience some Disney Junior by watching PJ Mask Live in Thousand Oaks or San Diego PJ MASKS LIVE is back with an all new super-heroic, live musical show. Watch Catboy, Owlette and Gekko along with their new friend PJ Robot, as they try to save the day from the sneaky villains – Romeo, Night Ninja and Luna Girl! This is going to be an action packed performance with new songs and intended for our littles!

Disney’s Gingerbread House Making, Voctave and Disney+ Night: Want to feel the magic in your home? Currently, Target is selling Disney Eats items such as Gingerbread house, trains and cookie kits for you to make out of the comfort of your home. Play some acapella Voctave’s Disney medley while you work on your house. Followed by a family movie night with Disney+.